The Miniature Way is a division of Custom Dolls, Houses & Miniatures, CDHM.org. All rights reserved. 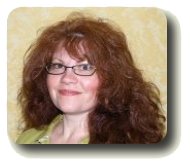 Alice is the Editor for the CDHM online magazine, The Miniature Way. As CDHM has grown over the years, there was a strong need for a skilled writer and Alice filled that requirement. With over a decade of editorial experience from her work at a large newspaper company, she brings that journalistic eye to the Team. Alice earned two Bachelor of Arts degrees, in English and Art, and is currently employed with a local municipality.

Living in her West Virginia ancestral home with her two Belgian Shepherd dogs, Onyx and Emerald, she is always busy. Alice is a multi-tasker, playing in the mud in her house making miniature pottery before moving outside to dig in the dirt in her organic flower, vegetable and herbal beds. When she's not working, carving miniature furniture, gardening, cooking or playing with the dogs she likes to belly dance.

Her personal collection includes artisan-made eclectic pieces for her 3-story Victorian house and unusual fantasy pieces for her Halloweentown house in 1:12 scale. She also enjoys collecting scale Halloween Breyer horses, kachinas, Dept. 56 Halloween village pieces and Christmas snow globes. Alice is an avid reader, resulting in the transformation of one of her cottage rooms into a personal library with wall to wall book shelves. 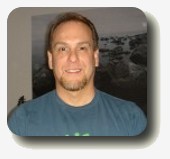 Allard Design Studio was created by John Allard in 1996. In business for over a decade, ADS produces prototype toy sculptures, resin "hard copies" and custom sculptures, design illustrations and mechanical models. In the beginning, John developed skills as a sculptor while creating resin model kits for small companies in the field of "garage kits".

Since then, he has worked for such companies as Hasbro, Warner Bros., Ohio Art, Toy Vault and Playing Mantis. The majority of his work with Hasbro Toys Inc. included Star Wars, Superman, Batman of DC Comics, G.I. Joe, Action Man, Jurassic Park, Aliens, Planet of the Apes and much more.

He also worked with the Disney group sculpting pieces for Monsters Inc., Playdoh creating molds for Bob the Builder, and PBS' Dragon Tails. He has built many models as well, where his skills as a professional power carver, sculptor and plastic modeler all came into play. John says that as an artist, he has been very fortunate to have met many masters of multiple styles of art, and loving anything art related and picking up an array of information and lessons in multiple media.

Lauretta Carroll specializes in 144th scale shops, dollhouses and roombox structures that are not normally found in ready made kits under the business name of Midnight Magic Miniatures.

Lauretta says that she was bitten by the miniature bug when she was very young, spending more time building rooms for her Barbie® dolls than playing with the dolls. But it wasn't until age 17 when she received her first real dollhouse, a 1/12th scale Harrison, which she worked on for years. Later, she joined a club, and as they say, the rest is history. 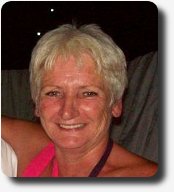 Mother of three grown girls and grandmother to one granddaughter and two grandsons, Linda lives in the northeast of England where it is regularly cold, wet and grey, creating loads of time for her to create her minis!!

Linda says she has always been on the arty side, enjoying any kind of creativity, but especially tiny cross stitch and watercolour painting. Having run out of wall space for her paintings, miniatures came along at just the right time. Now she is hooked: living, eating, sleeping and of course, dreaming, miniatures for the past five years. She says there is no satisfactory antidote for her obsession! 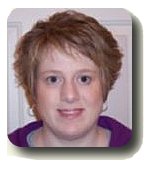 Lu Garcia loves having "light bulb" moments when she looks at something and figures out how to transform it into a miniature creation. Combining all types of mediums helps her to add details to everyday items. Recycling things are great because it saves her money but most of the time it helps her to make things specific to whichever scale she is using. Lu has some dollhouses in 1:12 scale but started working in 1:24 scale this last year when she had to fit a scene into a small shadow box.

Lu resides in Michigan with her husband and three teenagers, three cats, two dogs, a chinchilla and a button quail. 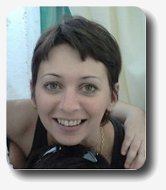 Nefer is a professional doll sculptor working in polymer clay, paper clay and mixed media. She specializes in Steampunk art dolls while also sculpting period and fantasy dolls. She's been published in the book, "Steampunkery" by Christi Friesen, 2009.

A stay-at-home-mom of two sons, Nefer and her family reside in Nice, France. 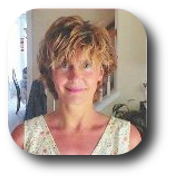 Betsy began her adventures into dollhouse miniatures in 2002. Since that time, she has achieved Artisan status in the IGMA (the International Guild of Miniature Artisans) food category in 2004, then in 2007, she was granted Fellow status.

After a New Jersey, USA childhood she was off to college in Virginia, where she says she "majored in Biology/Frat Parties". After graduation, she transferred to the University of Pennsylvania and earned her Master's degree in nursing. She worked as an obstetrical clinical specialist until the birth of her first child.

Married and a stay-at-home Mom to two boys, she's always busy. She says they have no live-in pets, but 'Bob the Groundhog' lives in their back yard and they've adopted two baby deer who eat all of the tomatoes in her garden. Betsy and her boys are active horseback riders and Betsy is known to finish a good book in one day  a hands down winner to her least favorite occupation of house cleaning.

Courtney began her food career, decorating cakes professionally for almost ten years. This provided her with much mini-inspiration. She began experimenting with smaller scales, smaller than the average miniature. And found that working in 1:48 scale provide the detail she still could provide, while creating realism into her micro creations. Courtney says she still enjoys working with 1:12, 1:24 scales, but her real expertise is in 1:48 and 144 scales.

Courtney lives in Florida with her husband and young son.

A professional carver of wood, Linda brings to the staff, her vast experience in working with wood and carvings.

Linda "Miracle Chicken" Master's oldest memory is her love of miniatures and crafting. Drawing and making things - including dollhouse miniatures - was her childhood passion. By the 12th grade she began carving animals from wood for a school art project because she hated the feel of the school's orange clay on her hands. One X-acto blade and some wood later, she was off and running carving animals.

Her pet urn creations began when her rabbit Sniffy died. In 1997, she hatched her beloved little Miracle Chicken and created a website to tell the whole world about her. The business that followed, Miracle Chicken Urns, combined her love of miniatures, woodworking, drawing and chip-carving. 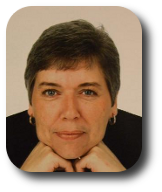 Debbie has been making dolls house miniatures since 1989, under the business name Tiny Treasures.

She has been a Forum member of CDHM since 2007. She has multiple blogs that she enjoys maintaining, includng a comprehensive list of all the miniature blogs on the internet, inaddition to links to most dollhouse forums, and artisan web sites.

Mother of two boys, Ben and Harry, Debbie has been married to Mick for 21 years. The family moved from Kent, England six-years ago to South West Wales, UK where they now reside on a beautiful ranch, raising shetland ponies.